Xinuos has introduced Open Server X, a BSD distro that they describe as a "migration path" for SCO UnixWare 7, SCO OpenServer 5 and SCO OpenServer 6 customers. If this had been offered ten years ago, it might have been of interest, but I really have a hard time imagining this will matter at all now. Still, I downloaded the image and fired it up in a VM. 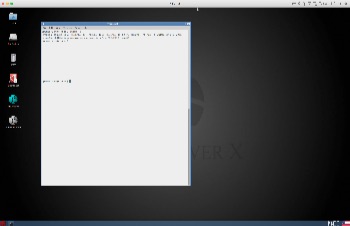 And that was as far as I went. I simply cannot imagine myself suggesting that anyone now stuck on an older SCO OS take a look at this. Why would they? What possible advantage could there be? I don't see any - if I'm wrong, please do tell me in the comments.

As an old System V programmer, I've been interested in the SCO products as descendants of SysV and have at various times installed and done no more than play around with Openserver 5 and Unixware 7. Starting up X I was momentarily shocked to see the familiar FreeBSD opening lines and quickly realised that's what it is. But what I now think is that it's a relatively painless way of installing a FreeBSD desktop, complete with Xfce. Almost everything you might want can be installed easily from the DVD and, apart from some later messing around to get wifi going, it all went quite smoothly. Once installed, I've seen it essentially as FreeBSD but with that somewhat Solaris 10-like Administration program. Anyway, we'll see.