Last week I had someone ask a few questions about Kerio Webmail. Nothing serious, just a new user a little confused about how to do certain things. I did get them straightened out, but it took two emails and one brief phone conversation. I wish I'd known about Skitch then.

By the way, I found out about Skitch from The Big Book of Apple Hacks. There's a lot of other good stuff in there.

Skitch runs on Mac and lets you capture screen shots, annotate them, and then drag them where you want them (or store them on the Skitch.com website). It's a free, time limited beta right now, but unless the final price is outrageous, I'll definitely be buying this because it really makes support easier.

Here's the problem: someone asks me how to do something. If it's a command line task, that's easy. I can either tell them what to type or if it's really complicated I can send it in email. But when it's graphical, it's much harder. "Click up by the, umm, well, right next to where the first column is.. but kind of to the right?"

Yeah, that's helpful. But if I had known about Skitch, I could have created this:

The user wanted to use the "flag this message" function, but was clicking on the flag at the top of the column rather than where he actually needed to. Using Sketch would have let me show him exactly where to click.

He also couldn't see how to delete people from a distribution list he had created. It's pretty simple; a Skitch shot would have told the story quickly: 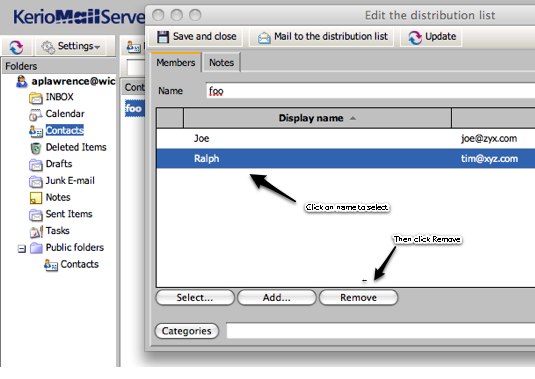 The beautiful part about that is how easy Skitch makes it. Click the little camera in Skitch, surround the area you want, click it, and there it is in Skitch. Annotate it, shrink it, grow it, and then then just drag it to where you want it - it's that easy.

Skitch can also import image files, which is how I made this: 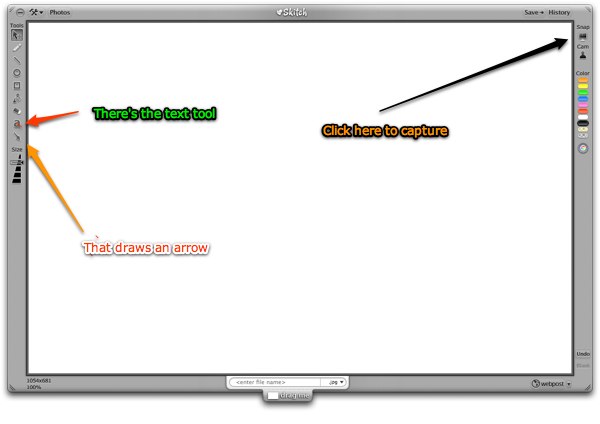 I did a normal Shift-Apple-4 to capture Skitch itself, then had Skitch open it. I marked it up, sized it, and dragged it to my desktop - all done!

Skitch can also capture images from your iSight camera: 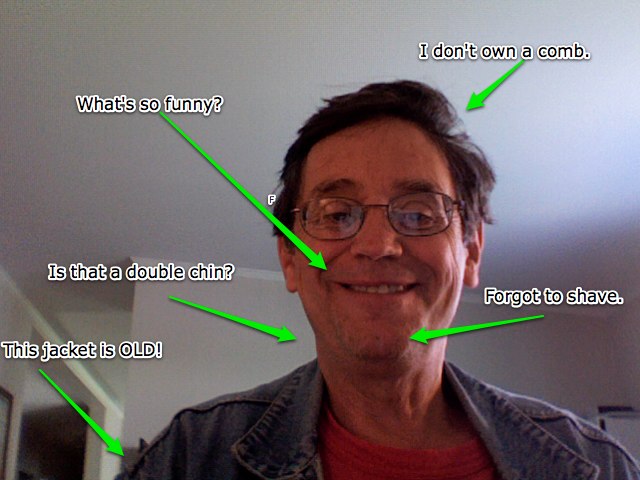 OK, maybe that is a little too much annotating. But you get the idea: Skitch is a great tool for your Mac.

I haven't tried this yet but it looks easy enough: